Paintings > What's in a Name?

“What’s in a Name?” examines the notion of names, their value, and American society’s treatment of “black,” and “ghetto” names historically as well as contemporarily. Studies and ideas surrounding the discourse of names are sourced from the history of which slave masters renamed slaves as a tactic to enforce ownership and gain control of their “property.” This foundation is likely the catalyst for the decades of naming cycles within black communities that determine the trends. Technology and systemic privilege is also examined in this series from a contemporary context through the use of modern symbols or the lack thereof. The female figure in my paintings is confrontational towards the visibility and value of black women within American society, both historically and contemporarily. I am drawn to what has happened as well as what is happening in American society and its effect on black women. The enlistment of women that I know is consistently a significant part of the process in creating portraits. This series of paintings present black and white women bridged through the iconographic head scarf likened to Oscar award winner Hattie McDaniel’s iconic scarf worn in her portrayal of the character “Mammy,” in “Gone with the Wind,” Informed by stereotypes, cultural similarities and differences, perception of beauty, and esteem, my work often uses humor to create an environment conducive to healthy discourse. 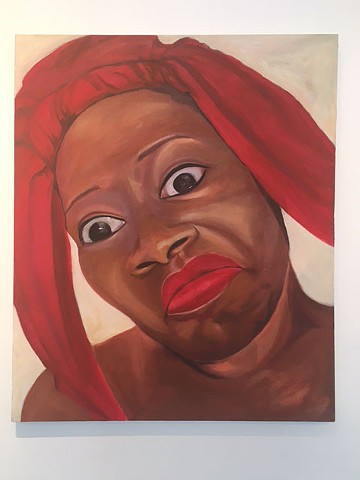 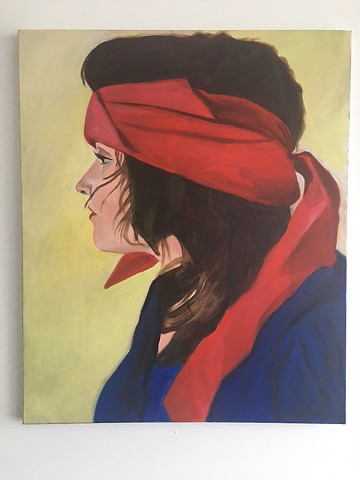 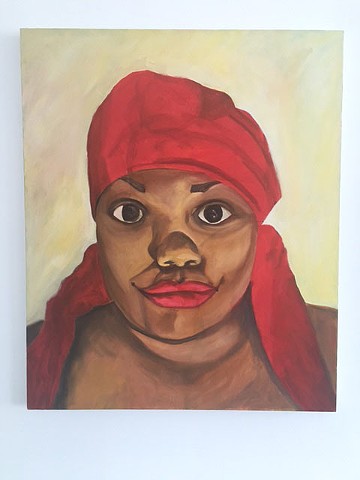 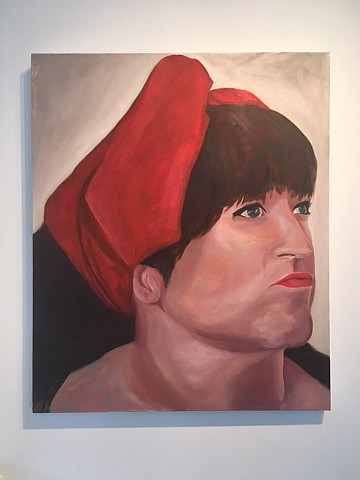 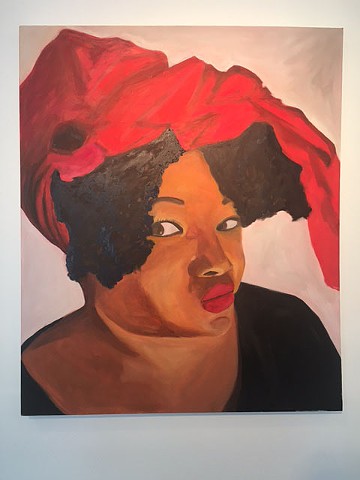 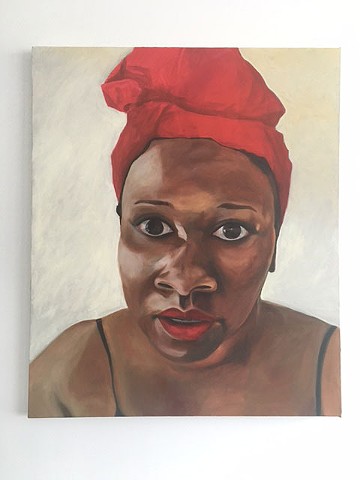